Ten years ago today, the Nuclear Spectroscopic Telescope Array (NuSTAR, Explorer XCIII) was launched. A 350 kg and $180M (FY2012) spacecraft, with an astrophysics mission that studies the cosmos in high-energy X-rays, in addition to NASA's other astrophysics missions that study the universe in a variety of wavelengths.

The innovative design of the observatory includes a lightweight mast that expanded to its full length of 10 meters (33 feet) after being launched into Earth orbit on June 13, 2012. Typically, researchers point one of NuSTAR's larger ends at the object they want to study, which houses the optics and X-ray collection gear. The light travels along the boom to the opposite end, where it is detected by the spacecraft's sensor. The distance between the two is required to focus the light.

NuSTAR has offered an unparalleled glimpse of high-energy objects, such as remnants of supernova explosions, black holes, and neutron stars, as well as the monster black holes that lurk in the cores of galaxies, as the first space telescope capable of obtaining concentrated high energy X-ray observations. NuSTAR continues to explore new frontiers, uncover exciting objects, and improve our knowledge of the Universe after a decade of operation. 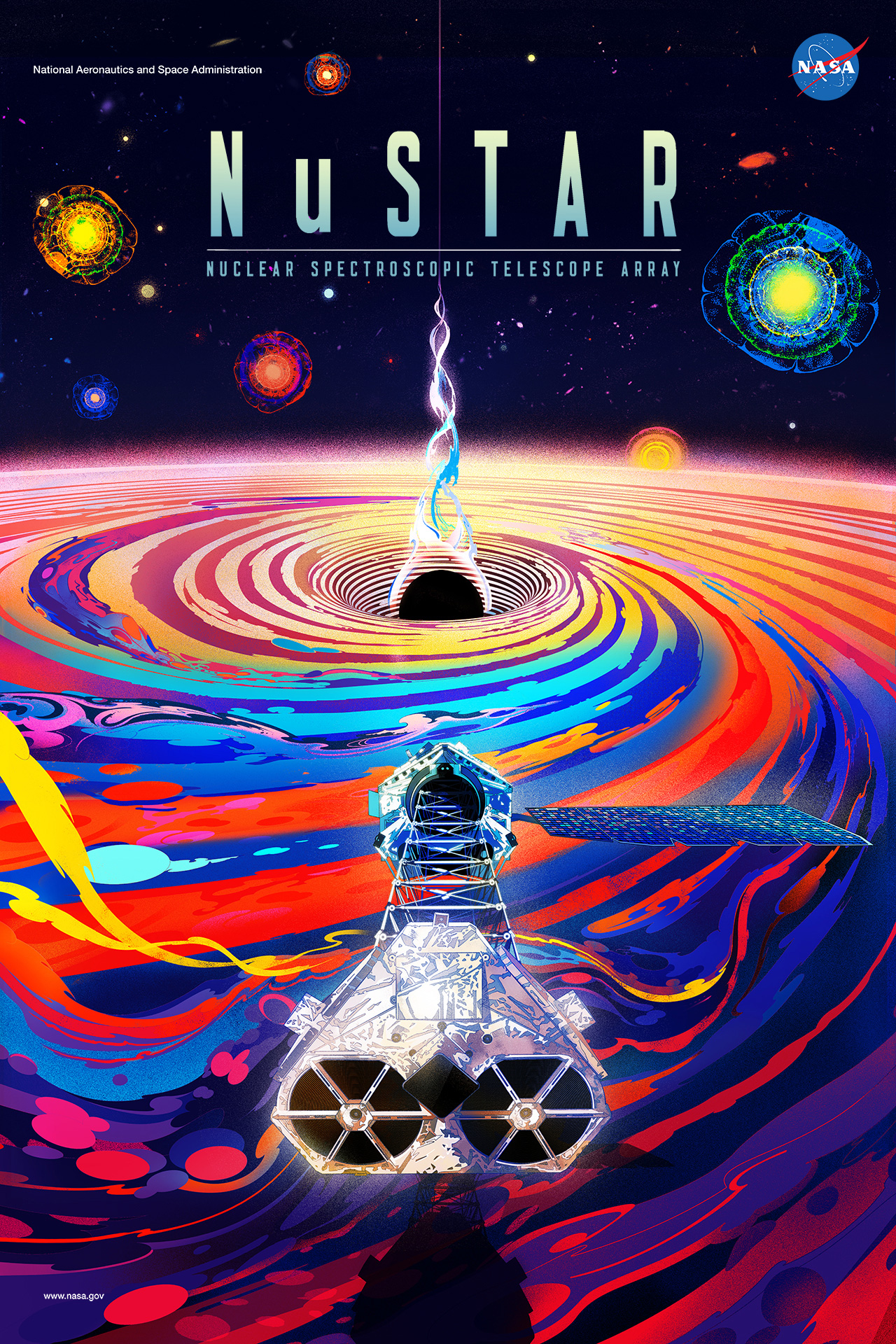