April 5, 1973 the Pioneer 11 spacecraft launches to Jupiter and Saturn

Today, almost five decades ago the Pioneer 11 spacecraft would become the first spacecraft to pass through the Asteroid Belt and proceed on to flyby Jupiter and Saturn. Pioneer 11 spacecraft was launched on April 5, 1973, with an initial wet mass of 258.5 kilograms and carried 12 different instruments. Among the payloads was a gold plaque with pictures and messages about Earth in case they any extraterrestrials in space.

Several problems aboard the spacecraft occurred during the outbound journey, including the temporary failure of one of the RTG booms to deploy, a difficulty with an attitude control thruster, and a partial failure of the asteroid dust detector, although none of these put the mission in jeopardy.

A narrow ring outside the A ring known as the F ring and a new satellite with a diameter of 200 kilometers were among Pioneer 11's many findings. The planet's total temperature was recorded at minus 180 degrees Celsius, and images revealed a less featureless atmosphere than Jupiter's. Data analysis revealed that the planet was mostly formed of liquid hydrogen.

Pioneer 11 passed by Neptune seventeen years after its launch, becoming the fourth spacecraft to depart the planetary part of the solar system. Pioneer 11 is currently in route to interstellar space. 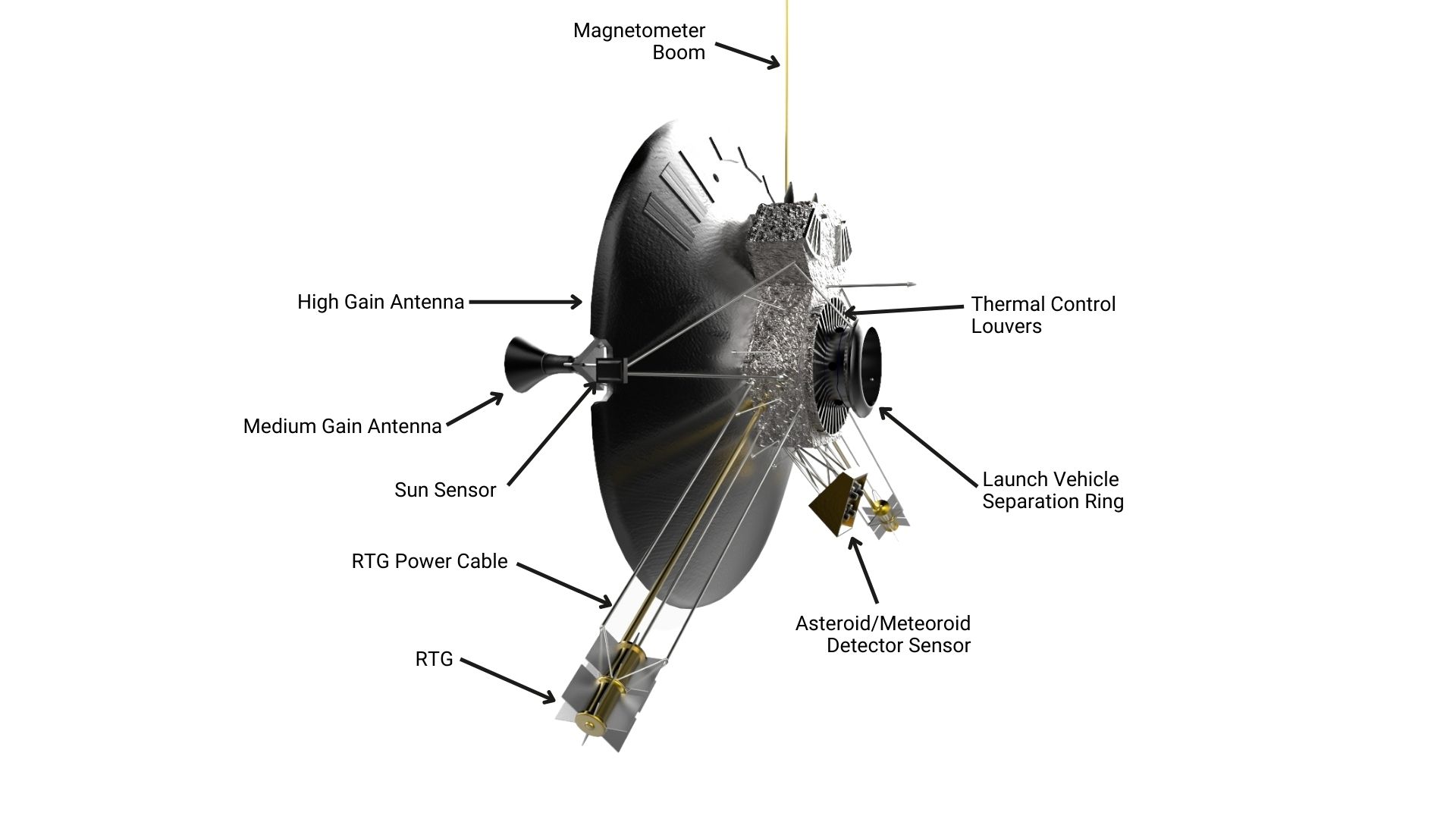 Pioneer 11, a 258.5 kg spacecraft with 12 instruments was the first spacecraft to pass through the Asteroid Belt and proceed on to flyby Jupiter and Saturn