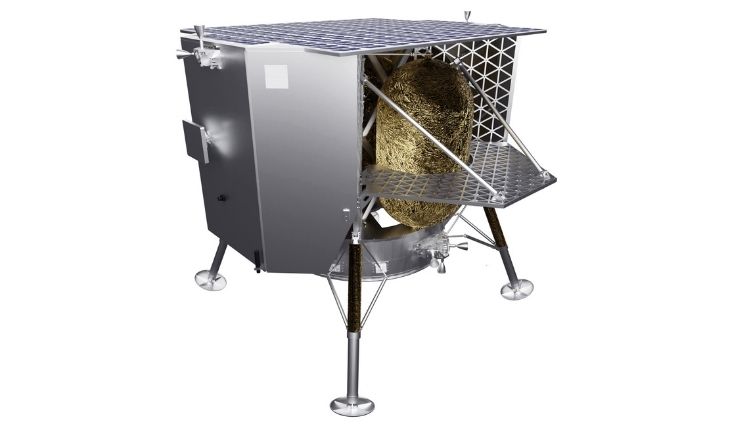 Peregrine is our small-class lunar lander. It is poised to carry out the first commercial mission to the Moon, and be the first American spacecraft to land on the Moon since the Apollo program.

Bus System:
A core set of systems, known as the bus, are maintained for every Peregrine configuration. The lander bus design enables safe payload delivery to lunar orbit and any latitude on the lunar surface. The bus can be arranged, augmented, and adapted to the various payload delivery locations. This flexibility allows Peregrine to accommodate a variety of payload types for science, exploration, marketing, resources, and commemoration. Other alterations to the lander bus, such as additional sensors for precision landing or a satellite communications relay for far-side operations, may be necessary depending on the specific mission.

Mid-Latitude Configuration:
Peregrine’s mid-latitude configuration is designed to land and operate at latitudes between 40° and 50° North or South. The lander features side radiators and a top mounted solar panel. This configuration will be flown on Astrobotic’s Mission One as a co-manifested payload aboard ULA’s Vulcan Centaur launch vehicle.

Polar Configuration:
Missions to the polar regions of the lunar surface feature side-mounted solar panels to produce sufficient power at higher latitudes and support payload needs. Lander avionics are mounted to a radiator at the top of the lander 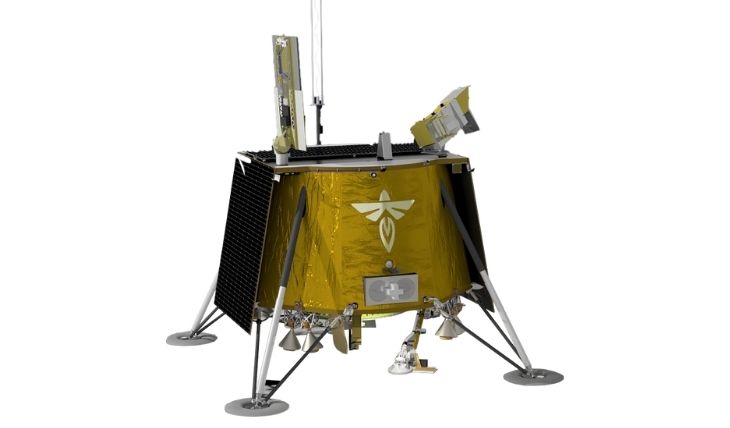